UST produces most number of MDs, 7 topnotchers in October-November 2021 med board 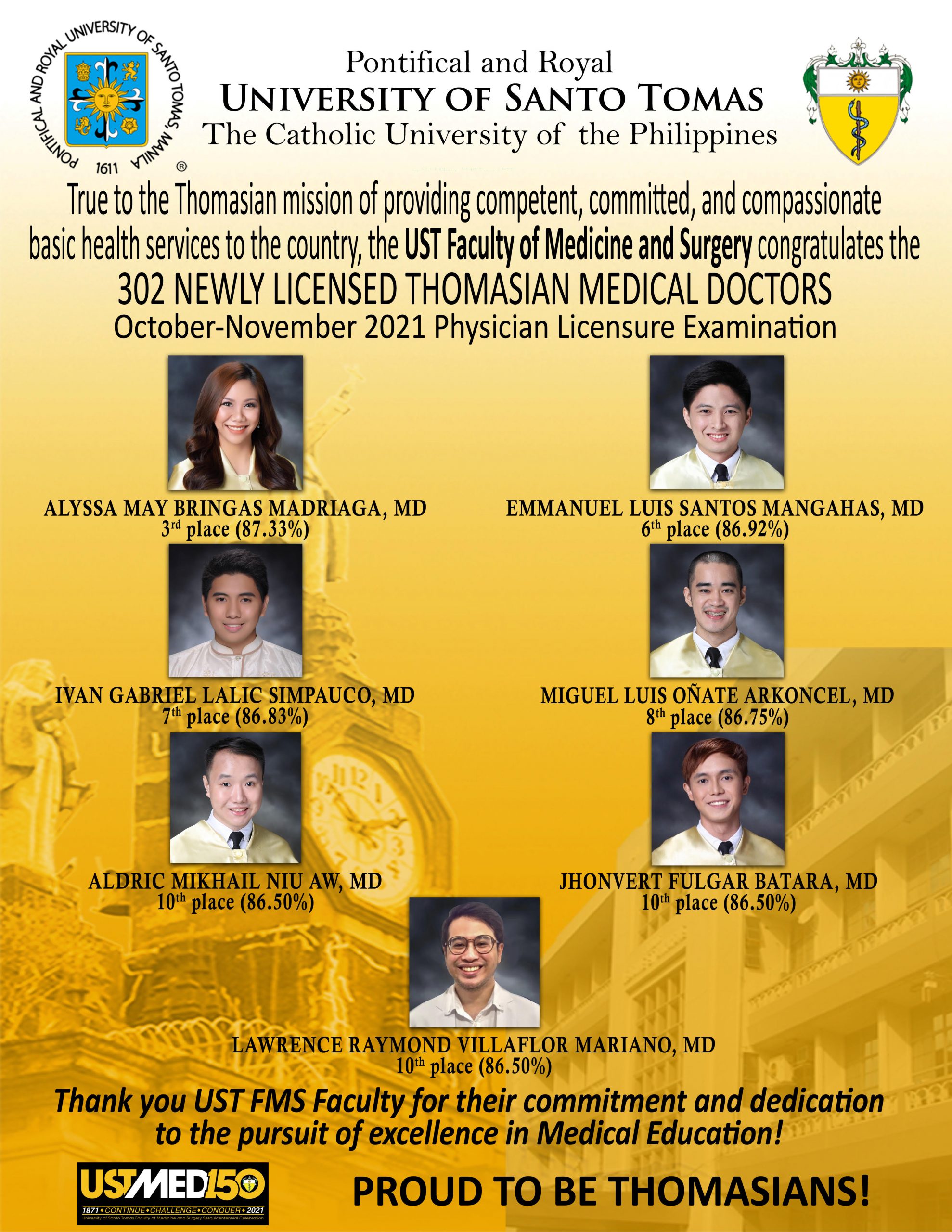 Seven Thomasians ranked in the top 10 of the examinations.

READ: Prank turns to reality for UST nursing board topnotcher

Thomasian Emmanuel Luis Mangahas scored 86.92 percent to rank sixth in the nation. He shared the sixth spot with Michael Brian Alvarez and Marie Bernadine Caballes of the University of the Philippines-Manila (UPM).

UPM’s Ian Gabriel Juyad topped this year’s batch of PLE takers with a score of 87.50 percent.

Pamantasan ng Lungsod ng Maynila was named the top-performing school, with a 98.06-percent passing rate, or 101 out of 103 examinees making the cut.

UST produced the most number of newly licensed physicians and placed fourth among top-performing schools.

The examinations were held from Oct. 30 to Nov. 2 at testing centers in Metro Manila and Tuguegarao, Cagayan.

The UST Faculty of Medicine and Surgery affirms her task in the development and formation of competent, compassionate, and committed Thomasian physicians in the delivery of health care services of global standards and in accord with the needs of the nation.

Copyright © 2020 UST Faculty of Medicine and Surgery. All Rights Reserved.